The limits of design (thinking) 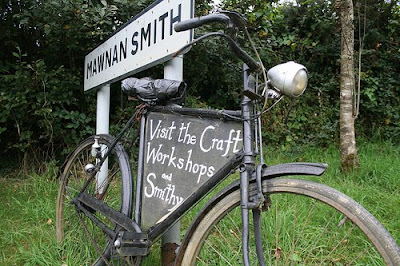 Last week I attended a think tank entitled Design in Our Times organised by Andrea Siodmok and her team at DOTT Cornwall, a year-long project that brings a design approach to (re)designing Cornwall's future to be more sustainable and more inclusive, and University College Falmouth. Two days on a lovely clifftop with some leading UK and international designers, researchers and educators was a chance to assess what is happening in design and its ambitions for world-changing. With keynotes from architect Nabeel Hamdi (Housing without Houses), design researcher Ezio Manzini, Mat Hunter (now at the Design Council, UK) and workshops on day two by people such as ThinkPublic, UsCreates, Asier Perez (I love agitación para la innovación), and Andy Polaine, this was a whistlestop tour through emerging design practice with a focus on co-design and participation and the application of design thinking to complex social and economic issues such as long-term unemployment and transport in the UK's poorest county. (See DOTT Cornwall's event website here). This DOTT project follows a similar project directed by John Thackara in the north east of England in 2007.
These were some of the key things I heard (partly cribbed from an excellent summary by Jeremy Myerson of the RCA of an academic conversation I was involved in):
Now that I dabble in the social sciences and in management, it was strange to be back in a room that was mostly design people talking to other design people about design - and by design people I mean art-school design rather than engineering. I found myself skeptical about a number of things that I heard. I noted:
The Design Council's DOTT programme, and the specific year of projects in Cornwall, is important. There has been a huge effort to mobilise local and regional organisations to engage with the possibility of design and designers helping shape Cornwall's future. It's just that the current framing of the project needs further scrutiny, so that those of us interested in it can make better sense of it, but - more importantly - so that non-designers can understand, question and assess it. John Thackara made the point that design is not known for being self-reflective and critical. We all know that design on its own is not going to save the world - so why do designers in a room on their own still seem to think it can? 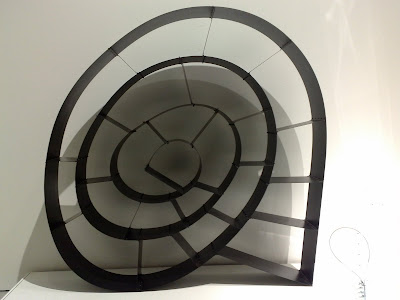 Ron Arad, furniture and product designer, architect and design educator, has a major retrospective show now on at London's Barbican Art Gallery (18 Feb - 16 May 2010). Originally from Israel, Arad come to London to study architecture at the Architecture Association, then set up his own practice with Caroline Thorman in the early 1980s and has practiced in London ever since. His work across a range of media and manufacturing contexts demonstrates a consistent curiosity about forms, materials and possibilities - hence the exhibition title 'Restless'. He is also well-known for his playfulness and verbal wit evidenced in chairs that look like they might tip over, and the careful naming of many of the pieces. His architectural work includes private houses and the new Design Museum in Holon, Israel.

Visiting the exhibition raised questions for me about the seductions of this kind of design practice. More concerned with designing for sustainability and for service, I do not follow closely what goes in in furniture design and the world of "design art" and its limited editions. Usually resistant to what seems to be a kind of reckless environmental carelessness in these fields, I have to admit to a partiality to Arad's work. I have one his V&A sofas in blue felt (manufactured by Moroso) and some chairs. I know Arad to be a committed educator from his time as professor of design products at the Royal College of Art (where I used to teach).

But visiting the show I found myself captivated by the way it communicated Arad's ongoing enquiries into what to make and how to make it. On one of the many screens there was a quote saying that many of the manufactured pieces came from studio works, and not vice versa, illustrating nicely the notion that design is not (only) problem-solving but rather an ongoing set of enquiries. In a gallery that usually shows contemporary art, and sometimes architecture, it was a rare example of a design exhibition and a reminder of the value of these kinds of solo shows which give an opportunity to see how ideas have developed over decades. I wonder which service designer, if any, the Barbican might be showing in 20 years' time. 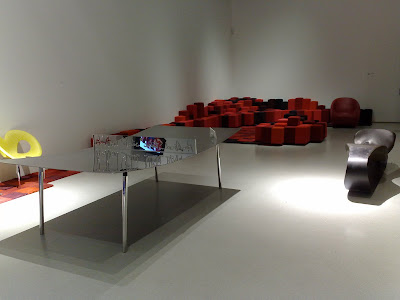 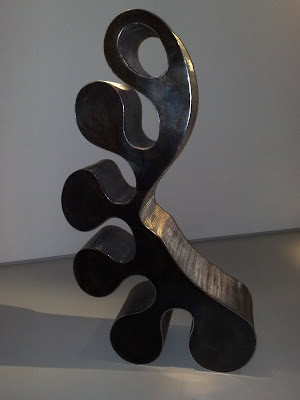 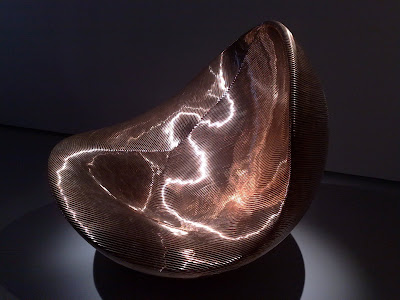 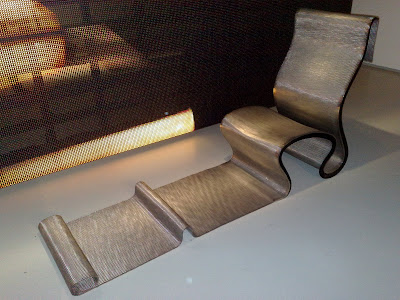 Posted by Lucy Kimbell at 8:05 pm No comments: